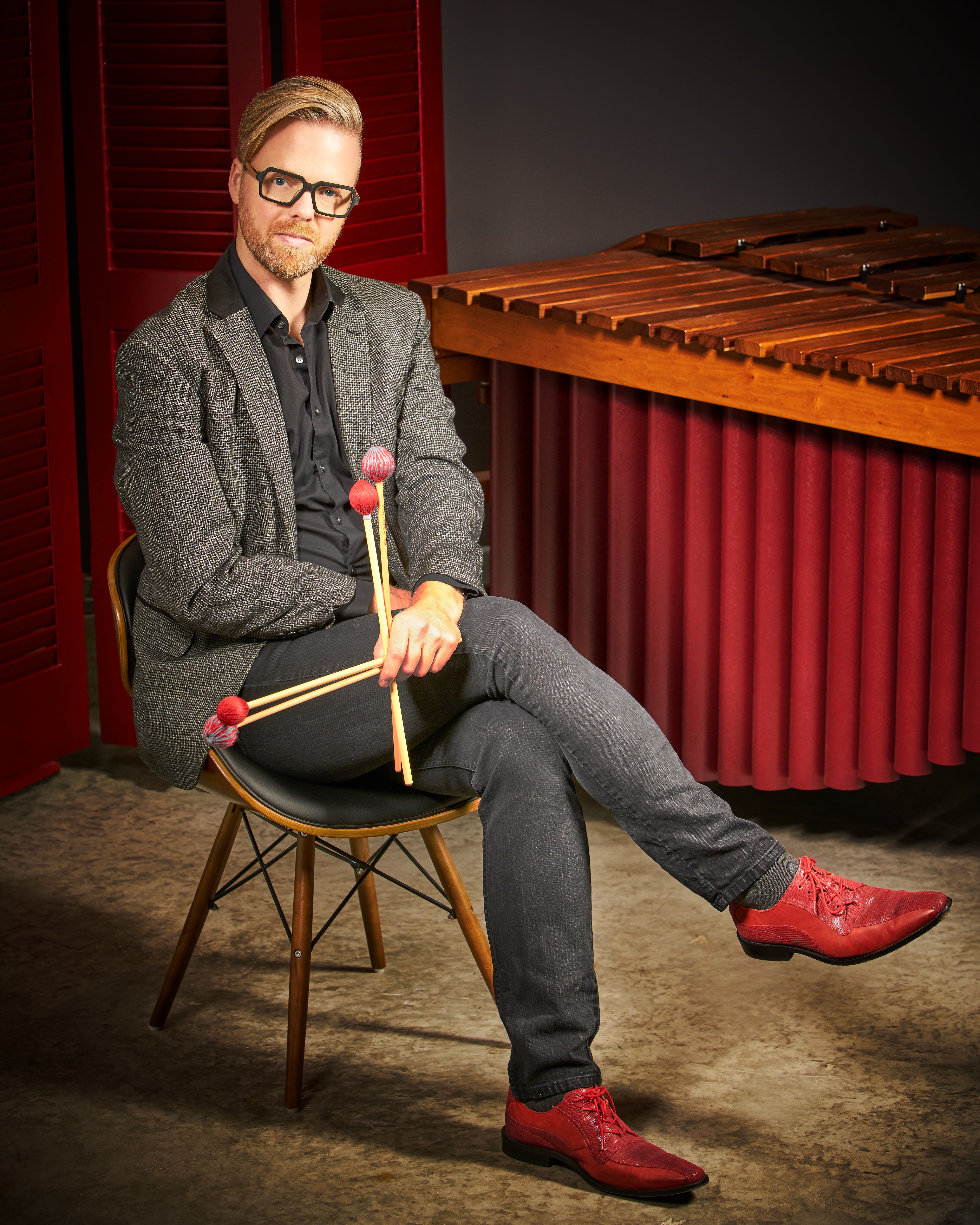 Matthew Coley is an internationally acclaimed performer and the founder and executive/artistic director of Heartland Marimba (HM). Performing on marimba, percussion, hammered dulcimer/cimbalom, and glass, Matthew travels regularly bringing the beauty of the marimba's singing wood and the diverse timbre of other percussion and dulcimers to many audiences. Matthew has performed in over 40 US states, 10 countries, and as a soloist with organizations throughout the US and abroad including the Wisconsin Chamber Orchestra, HBO/Giant Spoon’s Game of Thrones Experience at South by Southwest, Cedar Valley Chamber Music Festival, University of Denver Percussion Ensemble, Sudar Percussion of Croatia, San Francisco Sinfonietta, Kurpfalzisches Kammerorchester Mannheim, and the Moldavian Philharmonic and Teleradio Symphony Orchestras.

Matthew’s work with Heartland Marimba has brought the marimba art form in front of audiences in more than 50 cities with 250 concerts for audiences of all kinds, including thousands of children. He began the organization in 2014, and it now holds around 50 events a season with its five branches: Quartet, Artists, Publications, Festival, and Consortium. More than 20 composers have written for HM groups, and HM has employed more than 50 artists, ranging from young professionals and grad students to established artists. In the first three years of its inception (2016-2019), the HMQuartet had engagements to premiere concertos with orchestras and had already released an acclaimed album. In 2020, HM blazed new paths with its Pandemic Video Series and Online Composition Festival, and was awarded a grant by New Music USA to commission four marimba quartets by female composers. OCF had 13 participating composers from around the world that wrote works for HMQ. Through OCF and PVS, HM released 18 remotely produced videos of ensemble works from May to November of 2020.

Matthew served as the Percussion Faculty in the Iowa State University Department of Music from 2009-2015. He left that position in 2015 to fully pursue performance, composition, and entrepreneurial goals. Matthew also taught at Wartburg College from 2018-2019, and periodically presents classes for the Eastern Iowa Arts Academy. Other administrative and performance positions include Operations Manager for the Waterloo-Cedar Falls Symphony (2016-2018), Orchestra Manager and Percussionist for the Dubuque Symphony (2018-present), Quartet Member of Clocks in Motion (2016-2020), Artist with Chamber Music on the Fox (Elgin, IL, 2015-present), and Timpanist for the La Crosse Symphony (2020-2021).

Matthew regularly collaborates with composers looking for unique ways to push the percussion repertoire. Distinctive works he has commissioned and/or premiered include: Lurgy for Carillon and Percussion Ensemble by Neil Thornock (premiered at Iowa State University, 2013); Rural Sketches for Marimba and Contrabass Ensemble by Igor Iachimciuc (premiered at Chicago Cultural Center, 2014); Glass House Concerto for Solo Percussion (glass, metal, wood, and stone) and Wind Ensemble by Andrew Ardizzoia (premiered at University of Puget Sound, Tacoma, WA, 2013); Images of Africa for Dulcimer and Percussion Sextet by Steven Simpson (premiered at University of Iowa, 2014); and an adaptation of Haydn’s Concerto in C for cimbalom, vibraphone, and marimba (Central Iowa Symphony, 2014). In addition, he has commissioned and/or premiered many solos for marimba and dulcimer.

Released in 2012, Matthew’s second album Souvenirs establishes him as one of the most innovative and exciting artists of his kind. Adam Blackstock (Troy University) wrote in the July 2012 Percussive Notes, “If you are in search of a disc with great recording quality, a high level of performance, and an eclectic collection of tracks, this title should be added to your iTunes wish list. Souvenirs delivers 80 minutes of diverse works…” Other critically acclaimed solo albums include, Circularity (“most enjoyable…world-class performing,” [2010, Jason Baker, Percussive Notes]) and Between the Lines  (“performed luminously, with intense vigor” [Brett Dietz, Percussive  Notes]). Between the Lines is a collaboration spanning from 2009-2015 with composer Neil Thornock. It was released in early 2015 on the New Focus Recordings label. Circularity, Souvenirs, Heartland Marimba Dances, and Vision (HMQ’s album) are available through HMPublications and for download and streaming everywhere.

Matthew has performed as a soloist at five Percussive Arts Society International Conventions, and in numerous universities, institutions, and concert halls across the nation. He has performed and taught in Canada, Croatia, Denmark, Germany, Hungary, Moldova, Slovenia, Sweden, and Switzerland, and has been a soloist and clinician at several state Days of Percussion. Matthew has won several prizes from national and international competitions and holds percussion performance degrees from Northwestern University (DM and MM) and the University of North Texas (BM). Matthew is a signature artist with JG Percussion and Beetle Percussion and is an endorsed artist with Marimba One, Black Swamp Percussion, ProMark Drumsticks and Evans Drumheads, and Sabian Cymbals. His compositions are published by Innovative Percussion, Edition Svitzer, and HMPublications. Matthew's signature marimba mallets are available at JGpercussion, and his signature keyboard percussion practice pad system is available through Beetle Percussion.