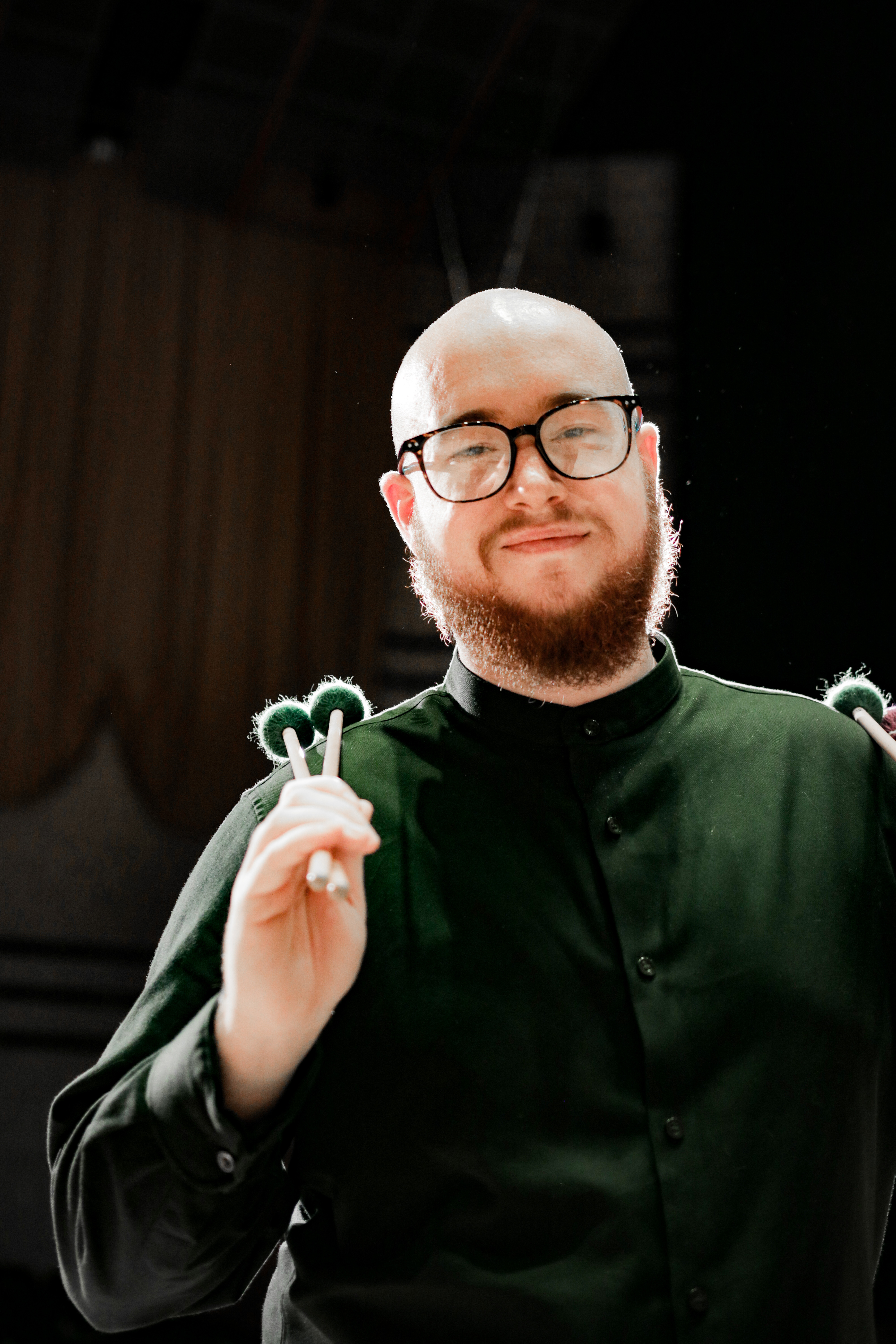 Hunter Gross is an American percussionist, chamber musician, and educator based in Oklahoma City, Oklahoma. Garnering recognition as a performer early in his career, Hunter has won multiple percussive competitions that include taking first prize in the OKC Ladies Music Club Competition while studying as an undergraduate student at the University of Oklahoma. Most recently, Hunter took first prize in the Keyboard Division of the 2020 Percussive Arts Society International Convention Solo Competition with his virtual performance of Yasuo Sueyoshi’s “Mirage pour marimba”.

As a vibrant performer, Hunter has joined the stage with some of the top new music ensembles around the world - most recently with the renowned contemporary chamber ensemble, the American Modern Ensemble, in Saratoga Springs, New York. This past summer, Hunter was selected as the Percussion Fellow to the Mostly Modern Festival; there he performed as Principal Percussionist with the American Modern Orchestra.

Hunter continues to push the boundaries of classical percussion through his ongoing collaboration and consortium projects with esteemed contemporary music composers including Molly Joyce, Steven Snowden, and Brian Mark. One of his recent commissions for solo percussion and electronics, Dogtown, from Massachusetts-based composer, Steven Snowden, was recently premiered by Hunter at the National Conference for Percussion Pedagogy (NCPP) in Memphis, Tennessee in May of 2022.

Presently, Hunter is a freelance percussionist and educator in the Oklahoma City-area. He is the current Percussion Director for Chickasha Public Schools and holds the position of Adjunct Professor of Percussion at East Central University in Ada, Oklahoma. In his first year at ECU, the Percussion Ensemble has been selected to perform at the 2023 Oklahoma Music Educators Association Convention in Tulsa, Oklahoma.

Hunter holds degrees from the University of North Florida and the University of Oklahoma where he studied with decorated percussionists namely, Dr. Andrea Venet, Dr. Andrew Richardson, and Dr. Lance Drege. Hunter has also been published twice in Rhythm! Scene, the official blog of the Percussive Arts Society.

Hunter is an artist with the Heartland Marimba Ensemble and is involved with multiple professional organizations including the Percussive Arts Society, the Roots and Rhizomes Mentorship Project, Oklahoma Music Educators Association, and the National Association for Music Education. He is also an active member and chair of the Webinar Committee for the PAS Student Committee.